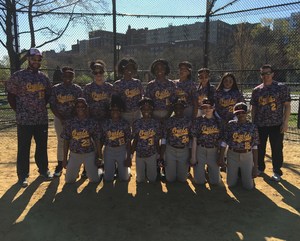 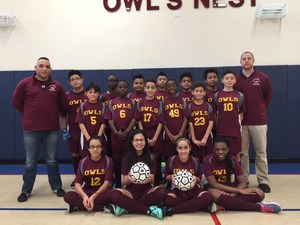 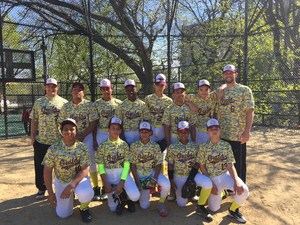 April 22, 2016 - The Spring season may have just begun, but the CSEE Owls are already off to a great start! Click to see all the news and highlights from our Baseball, Softball, and Soccer teams's first games of the season.

The Owls soccer team powered their record to 3-0 this week with two key wins. On Tuesday, April 19, they defeated Kipp Academy 3-0, and yesterday, Thursday, April 21, they cruised past Hyde Charter School 4-1. Goals were scored by Matthew Bello, Alex Aguilar, and the Vargas brothers.

The Lady Owls softball team had an eventful week with two games. In the first game on Monday, April 18, Faith Aleman and Taylor Williams led the charge with big hits as they defeated Kipp Academy 8-4. On Thursday, April 21, the Lady Owls dropped a hard fought game to Girls Prep Bronx 6-3. Aniya Wright and Chloe Tuck each hit huge home runs, while Destiny Medina pitched her heart out and was stellar in the field.

Owls baseball dominated in their two games this week. On Tuesday, April 19, they defeated Dream 13-3. Tyler Roche lead the way with another strong performance on the mound. The bats came alive with some help from Tyreese Williams and Anthony Silvestre. On Wednesday, April 20, they earned a win versus Health and Science 9-7. The great team effort was powered by the Owl’s bats of Tyler Roche and Jose Ventura, who both had two hits. Brandon Rivera added 4 RBIs and 4 strong innings on the mound. Giovanni Vilchez came in to shut Health and Science down for the save.