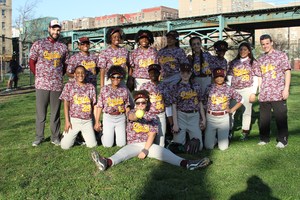 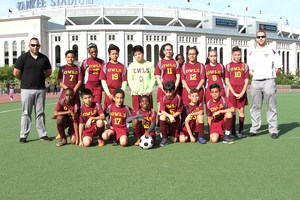 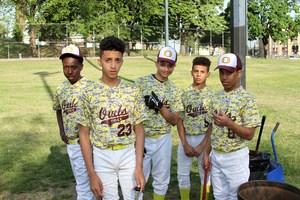 May 23, 2016 - After another exciting week of games, goals, and scores, all three of our Spring Owls Baseball, Soccer, and Softball teams will be heading to their designated playoffs this week! Check all of the news and highlights from last week's games, and join us this week as we cheer on our Owls!
The Owls Baseball team finished the regular season undefeated, winning 16-1 on Friday, May 20 afternoon. They were led by pitcher Tyler Roche and Jose Ventura, who hit his 2nd home run of the season. They will be playing Thursday in the 1st round of the playoffs.

The Owls Soccer team is heading to the playoffs as well, finishing the regular season with a 7-2 record. On Friday, May 20, the Owls persevered in a battle of wills with a 2-1 victory over Democracy Prep Endurance to secure the number three seed in the playoffs. On Saturday, May 21, the Owls steamrolled over Renaissance Charter School for a 6-1 victory. Goals were scored by Fredy Vargas, Matthew Bello, and Alex Aguilar. Owls Soccer would also like to extend a special thanks to the Owls Spirit Team for coming out and supporting them throughout the season.

The Lady Owls Softball team completed a successful regular season on Saturday. May 21 with an 11-6 victory over MS 343. Chloe Tuck hit a home run and triple to lead the Owls offense. Porsha McDonald slammed a double, and Stephanie Ortiz had another multi-hit game. Wynter Wright and Faith Aleman made key plays in the field as the Lady Owls finished the regular season with a 6-2 record. They head into the playoffs next week as the number one seed.